I am a little confused about using z-index to decide stack order.

I do not quite understand how browsers treat elements with the position property in conjunction to those without it.

Is there a general rule to decide the stack order of elements whether it has explicitly positioned elements or not?

Basics of the CSS z-index property

The z-index property is based on a simple concept: Elements with higher values will sit in front of elements with lower values along the z-axis. So if you apply z-index: 1 to div.box1, and div.box2 has a z-index: 0, then div.box1 will overlay div.box2.

In terms of the z-axis, it refers to depth on a three-dimensional plane. On your computer it can be interpreted as the plane on which objects move closer and farther from you. (Learn more about the Cartesian coordinate system.) 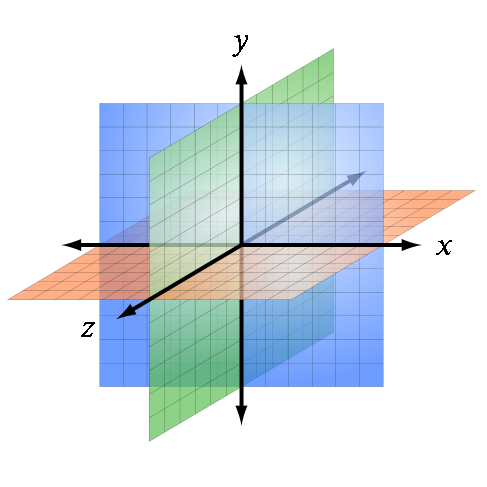 Unless you're dealing with flex items or grid items, the z-index property works only on positioned elements. This means you can use z-index on elements with position: absolute, position: relative, position: fixed or position: sticky. If the element has position: static (the default value), or some other positioning scheme like a float, then z-index will have no effect.

As noted, although z-index, as defined in CSS 2.1, applies only to positioned elements, flex items and grid items can create a stacking context even when position is static.

Flex items paint exactly the same as inline blocks, except that order-modified document order is used in place of raw document order, and z-index values other than auto create a stacking context even if position is static.

The painting order of grid items is exactly the same as inline blocks, except that order-modified document order is used in place of raw document order, and z-index values other than auto create a stacking context even if position is static.

Once an element is positioned and a z-index is applied, a stacking context is created.

(Also see: Full list of circumstances where a stacking context is created.)

The stacking context is a set of rules for managing the positioned element with z-index, and its descendants. These rules govern the placement of child elements in the stacking order and the scope of the property's influence.

If you've ever tried to apply increasingly higher z-index values only to find that the element never moves out in front, you could be trying to overlay an element in a different stacking context.

~ What No One Told You About Z-Index

CSS adheres to a stacking order when laying out elements on a page. These are the stacking rules when there is no z-index specified, from farthest to closest:

If a z-index property is applied, the stacking order is modified:

Bottom line: Once you understand stacking contexts, z-index is easy.

For examples of z-index in action see: How z-index works!

For a brief but highly informative article explaining z-index (including how opacity affects the stacking order) see: What No One Told You About Z-Index

For a complete rundown on z-index, with many examples and illustrations, see: MDN Understanding CSS z-index

And for a deep dive into stacking contexts read: W3C Elaborate description of Stacking Contexts

These are the max values.

Found it somewhere on the web.

We can do it using 3D transformation and we will be able to bring any element to the front even if it's trapped inside a stacking context:

More details and examples here: Why can't an element with a z-index value cover its child?

z-index is useless on a static positioned element. try position:relative. if negative margins don't work out for you, use top or bottom and negative values.

When you remove z-index from .wrapperRed, the element defaults to z-index: auto.

answered 4 Weeks ago
ammezie
Only authorized users can answer the question. Please sign in first, or register a free account.
Not the answer you're looking for? Browse other questions tagged :
css
css-position
z-index