Compiling an AST back to source code

I'm currently in the process of building a PHP Parser written in PHP, as no existing parser came up in my previous question. The parser itself works fairly well.

Now obviously a parser by itself does little good (apart from static analysis). I would like to apply transformations to the AST and then compile it back to source code. Applying the transformations isn't much of a problem, a normal Visitor pattern should do.

What my problem currently is, is how to compile the AST back to source. There are basically two possibilities I see:

But I'm not really sure which design pattern can be used to compile the code. The easiest way I see to implement this, is to add a ->compile method to all Nodes. The drawback I see here, is that it would be pretty hard to change the formatting of the generated output. One would need to change the Nodes itself in order to do that. Thus I'm looking for a different solution.

I have heard that the Visitor pattern can be used for this, too, but I can't really imagine how this is supposed to work. As I understand the visitor pattern you have some NodeTraverser that iterates recursively over all Nodes and calls a ->visit method of a Visitor. This sounds pretty promising for node manipulation, where the Visitor->visit method could simply change the Node it was passed, but I don't know how it can be used for compilation. An obvious idea would be to iterate the node tree from leaves to root and replace the visited nodes with source code. But this somehow doesn't seem a very clean solution?

The problem of converting an AST back into source code is generally called "prettyprinting". There are two subtle variations: regenerating the text matching the original as much as possible (I call this "fidelity printing"), and (nice) prettyprinting, which generates nicely formatted text. And how you print matters depending on whether coders will be working on the regenerated code (they often want fidelity printing) or your only intention is to compile it (at which point any legal prettyprinting is fine).

To do prettyprinting well requires usually more information than a classic parser collects, aggravated by the fact that most parser generators don't support this extra-information collection. I call parsers that collect enough information to do this well "re-engineering parsers". More details below.

The fundamental way prettyprinting is accomplished is by walking the AST ("Visitor pattern" as you put it), and generating text based on the AST node content. The basic trick is: call children nodes left-to-right (assuming that's the order of the original text) to generate the text they represent, interspersing additional text as appropriate for this AST node type. To prettyprint a block of statements you might have the following psuedocode:

Note that this spits out text on the fly as you visit the tree.

There's a number of details you need to manage:

All of this "extra" information is collected by a good reenginering parser. Conventional parsers usually don't collect any of it, which makes printing acceptable ASTs difficult.

An organized approach to prettyprinting nicely is to understand that virtually all text-based programming language are rendered nicely in terms of rectangular blocks of text. (Knuth's TeX document generator has this idea, too). If you have some set of text boxes representing pieces of the regenerated code (e.g., primitive boxes generated directly for the terminal tokens), you can then imagine operators for composing those boxes: Horizontal composition (stack one box to the right of another), Vertical (stack boxes on top of each other; this in effect replaces printing newlines), Indent (Horizontal composition with a box of blanks), etc. Then you can construct your prettyprinter by building and composing text boxes:

The real value in this is any node can compose the text boxes produced by its children in arbitrary order with arbitrary intervening text. You can rearrange huge blocks of text this way (imagine VBox'ing the methods of class in method-name order). No text is spit out as encountered; only when the root is reached, or some AST node where it is known that all the children boxes have been generated correctly.

Our DMS Software Reengineering Toolkit uses this approach to prettyprint all the languages it can parse (including PHP, Java, C#, etc.). Instead of attaching the box computations to AST nodes via visitors, we attach the box computations in a domain-specific text-box notation

directly to the grammar rules, allowing us to succinctly express the grammar (parser) and the prettyprinter ("anti-parser") in one place. The prettyprinter box rules are compiled automatically by DMS into a visitor. The prettyprinter machinery has to be smart enough to understand how comments play into this, and that's frankly a bit arcane but you only have to do it once. An DMS example:

You can see a bigger example of how this is done for Wirth's Oberon programming language PrettyPrinter showing how grammar rules and prettyprinting rules are combined. The PHP Front End looks like this but its a lot bigger, obviously.

A more complex way to do prettyprinting is to build a syntax-directed translator (means, walk the tree and build text or other data structures in tree-visted order) to produce text-boxes in a special text-box AST. The text-box AST is then prettyprinted by another tree walk, but the actions for it are basically trivial: print the text boxes. See this technical paper: Pretty-printing for software reengineering

Then, you can change the grammar a little bit, adding these to the header

I'll change a little thing in the grammar just to illustrate something.

You see, the original grammar does not let you identify the method identifier from any other identifier, so I've commented the original block and added a new one just to show you how to get what you want.

You'll have to do the same for other elements you want to retrieve, like the comments, that are currently being just skipped. That's for you :-)

Now, create a class like this to generate all the stubs

Run Gen, and you'll get some java code created for you in mypackage.

Now create a Visitor. Actually, the visitor will parse itself in this example

ps. one more thing. While I was writing this code in eclipse, I've got a strange exception. This is caused by Java 7 and can be fixed just adding these parameters to your compiler (thanks to this link http://java.dzone.com/articles/javalangverifyerror-expecting) 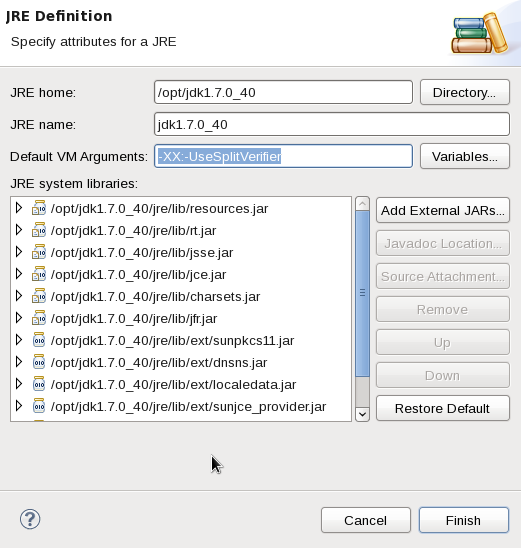 Disclaimer: I only have experience with X86 machine code. Other instruction sets may have, for example, different addressing capabilities, so parts of my advice might not apply. I'm sorry that I don't have time to research instruction sets at the moment.

Well firstly, most compilers don't generate assembly as text, because it's kinda inefficient to serialise the code into assembly only to have it parsed straight away by the assembler, as you have probably realised. It is reasonable to have separate compilation and assembly phases, but not essential.

In the compilation phase, the two strategies I would consider are:

Let's again consider the if example by examining the code that an existing compiler generates for a simple if/else branch:

These are relative jumps, so in order to assemble them we need to know how many bytes of instructions are between the jump instruction and the destination.

This should be pretty self-explanatory.

Note how instructions refer to one another symbolically (skip_taken.destination = nottaken_code[0]), rather than by byte-offsets like in serialised machinecode. We leave those offset calculations for the assembler.

Also note how we set the destinations of the JumpInstructions only once they become available.

The NopInstruction at the end is just to give the skip_nottaken jump something to refer to.

Now, how do we actually assemble these jumps into real machinecode/bytecode? here's one possibility (a very basic example):

Because the assembler has access to all the instruction objects, it can calculate the actual offsets for relative jumps by scanning ahead until it finds the destination instruction.

I hope this brief introduction helps you get started with designing your own compiler backend. Obviously I'm not suggesting that you write your compiler exactly like my example, but it should give you some ideas of how to approach the general problem of compiling and assembling non-linear instruction blocks.

You might also want to take a look at some existing assembler APIs such as https://github.com/asmjit/asmjit .

Check out the aptly named Sarcasm project for a reference implementation of a grammar, parser, and AST built on Irony. I found this blog entry by the author to be helpful in building the AST.

The following is a general purpose guide to getting the AST up and running.

answered 3 Weeks ago
user123
Only authorized users can answer the question. Please sign in first, or register a free account.
Not the answer you're looking for? Browse other questions tagged :
php
compiler-construction
abstract-syntax-tree

Share
Related Answers
45
Back to previous page with header( “Location: ” ); in PHP
32
Code signing certificate for open-source projects?
21
Asterisk click to call
19
Is there a simple example of using antlr4 to create an AST from java source code and extract methods, variables and...
25
asterisk : Unable to connect to remote asterisk (does /var/run/asterisk.ctl exist?) [closed]
31
Source code of PThread Library? [closed]
14
Source-to-source compilation with LLVM [closed]
19
BackboneJS: What is options || (options = {}); in Backbone source code
8
Asterisk- How to 'whisper' music using ChanSpy(), or any alternative? [closed]
7
Compiling an AST to Assembly
Top Answers Related To